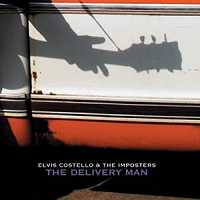 For some, old-school black metal - the type started with Mayhem and Darkthrone and carried through by acts such as Dark Funeral and Marduk - has fallen out of favour as of late. For the dedicated elite, this underground sound remains as potent as ever, so it is somewhat comforting - in a grim way, naturally - that Setherial continues to craft its extreme and hideous style of black metal.

Death Triumphant kicks off with The Limbo Of Insanity, and instantly the churning and straightforward guitars of Choronzon and Kraath do not disappoint. Lyrically, this track deals with spirits in seas of sulfur bringing forth Armageddon - and so it begins. The title track slows things down a notch, its throne of bones anchored by master-blaster Mysteriis, whose percussive prowess on the bass drums will rip apart your innards and technical virtuosity on the top-skins gives the composition much of its majestic feel. Next up is With Veins Wide Open, which builds upon Nord's My Veins Are Open and showcases a slower and more technical side of the band, from its epic-driven opening to its bombastic chorus and cascading guitar riffs and interweaving hooks.

Aeons Of Bloodlust (which is about the Ankou, a hideous entity that collects the souls of the dead) showcases the throat of Infaustus - his gurgles are at once repulsive and compulsive - and features some ingot-driving guitar riffs, whereas Relinquishment From The Unlighted Chambers (this one chronicling the rise of Cthulhu from the city of R'lyeh) emphasises the grimmer, eerier side of the band, with acoustic flourishes creating an ambiance of dread while the drums sizzle in a cauldron of bass-driven low notes, these courtesy of thumper Funestus. Hellstorm Over The Empyrean (a war against the highest heaven, as explained in works like Dante's Divine Comedy) is another face ripper, with the band relentlessly forging a cacophony of pain.

Inhale The Embers is a pristine personification of wrath driven by a gluttony of riffs and tempo changes, as well as some keyboard-driven flourishes, and Devilry, Wickedness And Scornincorporates elements of death metal into the blackened superstructure. The end result is misery come to life, as the guitars succumb to their own anguish. The closer, Curse Of The Manifest damns the very world, its misanthropic sensibility delivered with conviction and fury.

Fans of underground, old-school black metal must add Death Triumphant to their collections. It is the primordial ichor of death, and this alone should be enough of a recommendation.