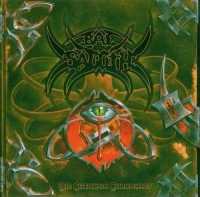 Building upon the furor that was Atlantis Ascendant, Britain's Bal-Sagoth crafts an even more symphonic masterpiece with The Chthonic Chronicles. Mixing avant-garde black metal with symphonic power metal - think Immortal and Summoning blended with Rhapsody and Blind Guardian - this outfit sounds like no one else, a true distinction in the crowded world of metal.

Lush, sweeping sound-scapes filled with orchestral keyboards clash with traditional drums and guitar while demon-styled screams and spoken word rip from one speaker to the next. The emphasis is on the bombastic, with majestic choruses lifting higher and higher while female chants reverberate through the lower expanses of this dream theatre.

Lyrically, mastermind Byron Roberts continues to build on his complex mythology - or should that be hexalogy, as this release is rumoured to be the band's final installment of a six-disc story arc. After all, the band's first composition was titled Hatheg-Kla (from 1995's A Black Moon Broods Over Lemuria), and the final composition on this release is titled Return To Hatheg-Kla, thus cinching this Ouroboros.

Roberts' sources of inspiration include H.P. Lovecraft, Clark Ashton Smith, and Robert E. Howard, all of whom were fascinated with the darker side of the cosmos. If you're a kindred soul, then think of Bal-Sagoth as the aural equivalent of these masters.