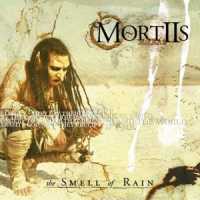 So, I guess that’s pronounced ‘Doons’ over there, right? Dunes who make strong Anglophile-indie sounds from Toronto. And it’s perfect Travis. Who says rock must progress? Like dunes – or even ‘doons’, it shifts, morphs, reforms, but it’s still a dune. The Dunes debut album comes packaged in immaculately conceived fauna, esoteric flora, and impossible machines, as lavish as early 4AD art-graphics. And – replete with promise, it opens with strum-along jangly guitars and a fat drum-slam leading into a lyric-sensitive Now. But it’s less ‘now,’ more some spacey drifting timeless anyplace. Into the yearning summery vocals of the attractively well-structured Sunflower Eyes, then heavied up, by degrees, for Do It All The Time.

The Dunes are Kevin Pullen’s sobriquet, orbiting his singer and writer spearhead. The keywords of his elliptical songwriting are ‘mist’, ‘clouds’, ‘floating’, and ‘flying’ – blurry ethereal words with multiple precedents, radio-friendly, articulately melodic, with sweeping anthemic choruses stumbling into harmony, but ultimately inoffensive. The best of them, the freewheeling Calling All Cars (“take off your clothes and sit on my lap”) has stinging guitars and a little tasteful controlled feedback to add a calculated amount of grit.

Then there’s the conspiracy-theory unease of Kennedys, co-written with studio magician Martin Wagner, who conjures the fine digitally-perfect production, acoustic trembles and driving harmonies, with Chris McInerney’s bass underlying Jason Burgess’ second guitar (not the live line-up according to their website). And finally, the atmospheric surges of Lost… It’s all effortlessly easy to like, if difficult to love. Who says rock must progress? It’s 25 years since that first REM album. The first Stone Roses album came in 1989. Then Travis. And sure, you could argue, if that format’s so good, why change it? The Dunes don’t.