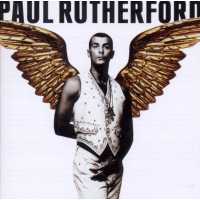 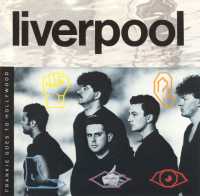 "Young and strong on the wings of tomorrow..." - Rage Hard

Shooting stars never stop, even when they reach the top. Frankie Goes To Hollywood arrived on a combustible fuse of rage and hope, and just kept rising: their power-sweeps and undulations bludgeoning their way in pursuit of the epic, with drama and passion illuminated by giant flashing arrows telling you which way to direct your feelings. Their shapes and flow and hectoring voice spiked with provocative postures. For some while before them there'd been the seething dark underside of post-punk, electro industrial-funk circulating via subversive DIY limited-edition C60-cassettes and through black transgressive fanzines adorned with S&M fetishistic art. Cabaret Voltaire, Coil, Nurse With Wounds, Clock DVA, Throbbing Gristle.

What Frankie did, through Zang-Tumb-Tuum's calculating gift for attention, was rip it all up into mainstream. Trevor Horn was a major catalyst. But the essentials were all there intact before the group even entered EMI's studios, as earlier pre-Horn performances of Relax from Channel 4's The Tube that regurgitated later prove. Of course - issued October 1983, #1 by 28 January 1984, Relax is a vile and perverse record, the censor's wildest nightmare made flesh, but - maybe I'm naï¿½ve, where is it made explicit? The lyrics nudge, in code, but they don't state. We know what they mean - don't we? Well no, not exactly. The knowing nudge is enough. The bondage-club regalia it came dragged-up in is sufficient. What Village People make camp costume-flounce, Frankie, although cheeky and tongue-in-cheek, make real.

And Frankie Goes To Hollywood continued to hold the nation's attention transfixed for the full length of that Orwellian Thatcher-damned year in a kind-of shock-and-awe fascination that pop would seldom ever enjoy again. Even though I was writing for a rival paper, Sheffield's New Musical Express scribe urges me to listen to a pre-release advance-tape of Two Tribes on a kind-of cassette-Walkman, with the urgent menacing Cold War beatbox-rhythms sirening-through the ear-pieces setting up the frisson of perfect-angst pop on the very brink of nuclear Armageddon. This was seriously unsettling stuff. It enters at #1, on 16 June, goes gold in weeks and platinum soon after. 'Frankie Says' T-shirts are everywhere. Yet they close the year with one of the most beautiful paeans to inspirational love.

It was December. The Godley-and-Creme nativity video invests it with Christian overtones. Their third consecutive #1 becomes - in memory, a Christmas song. It's not. Its lyric is about a spiritually regenerative 'power of love' that goes beyond time, faith, or gender. With a playful "I'll protect you from the hooded claw, keep the vampires from your door" to keep it just the correct side of pretentiously smug. Later used as a condom ad, it's a certified gem.

Welcome To The Pleasuredome (October 1984) was less a double-album, more a cultural event. A thing of terrible beauty. Who else but Frankie had the sheer brass-neck to launch their recording career with a double-album? Well - yes, who else other than Frank Zappa. But how to follow such a year? You couldn't. Perhaps, like the other Trevor Horn-related peak-of-perfection pinnacle Lexicon Of Love, it was impossible, it could not be topped. ABC adopted the reaction strategy, stripping back to group dynamics and greater directness. Perhaps Frankie should also have tried a more oblique follow-up strategy? But they simply went ahead and made Liverpool (issued 20 October 1986); recorded in Amsterdam, its title acknowledging its more down-to-reality roots. With Trevor Horn consigned to 'executive producer' status, and Stephen Lipson doing the hands-on production, it doesn't attempt to confront or exceed what had gone before. Yet it suffered an undeserved critical backlash.

Welcome To The Pleasuredome references Coleridge. Here, we get Rage Hard lifting its title from Dylan Thomas. And Warriors Of The Wasteland, which was seen in a post-apocalypse Mad Max context, but is also T.S. Eliot's 1922 defining modernist text The Waste Land. Frankie are at least purveyors of a literate perversity. Behind William 'Holly' Johnson - a former member of Big In Japan, and second vocalist Paul Rutherford were the Lads, guitarist Brian 'Nasher' Nash, and rhythm-section Mark O'Toole (bass), and Peter 'Ged' Gill (drums), augmented by programmed drum-tracks. Warriors Of The Wasteland opens the album deceptively peacefully with just occasional crackles of static to signify the storm to erupt two-minutes in. The political edge translating into "they make the masses, kiss their assets," a taunt from the dispossessed aimed at privilege. Its "suicide-a-go-go" segueing directly into Rage Hard, the album's first single (#4 in August 1986), urging a kind-of positivism in the face of put-downs and nihilism. If anything it's maybe a little too head-on po-faced, with little trace of the twinkling mischief that had come before.

Among the deluxe re-issue bonus tracks is a voiceless mix of Rage Hard which emphasises the strengths of its construction; it's no lightweight. But perhaps the bar had been set too high? Kill The Pain is about rising up and re-arranging the nature of the game, set to the full pulsating reconfigured rhythm-track depth-of-field that had powered, say, Two Tribes. But if it's intended as a gay pride Born This Way manifesto, it's too nuanced to state it clearly. Maximum Joy is about orgasm, and later bequeathed its name to a Bristol funk-dance band. Its throbbing bass, and whip-sharp guitars are perfectly good, full-on, and better than pretty-much anything else on the chart. Watching The Wildlife is less a celebration of the scurrilous sleaze-life as "the beast within you eats your heart out."

The production dub for Lunar Bay are impressively busy, buzzing, blipping and zapping across channels over the danceable Frankie back-beat, and Holly's voiceover about the coming leisure-age forcing people to confront the "true spiritual problems of living," are delivered in his full un-modulated scouse. Subtlety has never been Holly Johnson's forte. For Heaven's Sake is another lighter shot at elitism, offering the solution "she should buy us all a drink" or "give us some money," or maybe "go out dancing" as an antidote to the repressive "mood of today," closing in sax-swathes and visionary shimmers.

Then the album itself closes with the beautifully paced Is There Anyone There? as the token Power Of Love power-slowie - the confessional lyric, "if I could change the things I've done" seems almost recalcitrant, more thoughtful. A yearning for transcendence and golden days, a questioning "I'm looking for something, and I don't know what it is..." If this is a more considered Frankie, is that really what we want from them? Or am I just doing what I've already criticised the original critics for doing, judging Liverpool by stacking it up against Welcome To The Pleasuredome? Maybe it's unavoidable. Even for Frankie.

Frankie rode waves of changes. And this deluxe double-disc edition gathers all the spin-off remixes, alt takes, cass-singles and the lost seven-inch and 12-inch B-sides of myriad marketing vari-editions, as well as a previously unreleased live Montreux mix and Ibiza sessions. They first worked Ferry Cross The Mersey as a Liverpudlian response to Gerry & The Pacemakers in recognition of their equal triple #1 legacy record-breaker. But now SuffRAGEtte City lacks such neat relevances, and although it comes with generated machine-beat Holly throws away Bowie's camp highlight "wham-bam thank you man" with dismissive ease.

And although Bowie has all the appropriate gay subculture connections, Roadhouse Blues seems miss-cast as the prior provenance of the hyper-macho Jim Morrison, even though Holly's "let it roll all night long" might be intended as a shot at shifting focus and reclaiming it. The 'monitor mix' of Satisfaction merely samples the Rolling Stone's riff for an inconsequential instrumental reprise. Only (Don't Lose What's Left) Of Your Mind (a Rage Hard B-side) provides the inspired frivolity the set needs. It offers "a coffee, a burger" recited in nonsense Transylvanian over shuddering guitar-fronted rhythms, cinematic organ and storm-effects with looped burp. "More coffee. Two burgers. Pass me the relish..." If you can't dazzle them with your brilliance, it says, baffle them with your bullshit.

Frankie went no further. By April 1987 their litigious end was made official. Conscious that their music had been hijacked by the hype, the core musicians reconvened as The Lads, and effectively disappeared. But when a major band splits there's usually space for at least one subsequent hit irradiated by its fading magic. In Frankie's case, it was Holly Johnson, refocusing on his cheeky chappie persona; he scored a solo hit with Americanos (#24 on 29 April 1989). Maintaining his arty-references it was lifted from his solo album Blast, tagged for the Vorticists art-group. The later confirmation of his HIV-positive status necessitated a step back from music, although his 1994 autobiography A Bone In My Flute was well-received.

Career-wise, former 'Spitfire Boy' Paul Rutherford was less fortunate. He made a long-sought-after solo album - Oh World (Fourth & Broadway, 1989), greeted with acute indifference and overlooked at the time, but now finally re-issued with its own bonus disc of B-sides, radio edits, extended 12-inch takes and remixes by the likes of Arthur Baker, David Morales, and ABC's Martin Fry and Mark White. Drawing on the energies of acid-house fused to his extant hi-NRG sensibilities, it's far better than could be expected, with strong vocals never quite heard to full advantage with Frankie. "Give me back my purity" he pleads, unconvincingly on the title-track (with "shine your white light on me" as maybe a 'hit me with your laser-beam' variant), and "give me the seeds of respectability" in The Gospel Truth. Well, maybe.

The album leads off with Seduction, extending the Frankie decadence with looped explicit sex-noises over the rhythms, although it's more of a groove than a song. Pushed Away is more impressive with a trans-global world-music vibe. Happy Face is an extended dance workout, games of loops and samples with squelchy electro-bass. Oh World itself, is a 1980s dance-funk template placed at the service of antiwar protest, in favour of 'unity' - and who can seriously argue with that? There's even proto-rap with Cracked Wide Open, announced as "this is a serious groove - time to energise, revolutionise!" I Want Your Love is the Chic hit from Bernie Edwards and Nile Rodgers, who were rated as credibility personified at the time.

The rest are written by Paul in combination, primarily, with producer David Maxwell Clayton. With other inputs too, it's very much the great lost 1980s dance-floor album: soul-girl exhortation back-ups, crunching punchy flex-bass, rich sweeping synthi-strings, and stabbing fizzy interjections. In fact, there are trace-elements of Level 42 (on Catch A Falling Star), ABC (Get Real), Paul Young, or Heaven 17 (The Gospel Truth). Maybe that's to its demerit, there's not enough pure distinctive unmistakable Paul Rutherford? Perhaps given time, that would clarify? On Catch A Falling Star he bids "let music be the food of love," to refute any suggestion that maybe Paul himself is the falling star? No, banish such unworthy thoughts. Although shooting stars never stop, even when they reach the top, some merely pleasingly glimmer on...