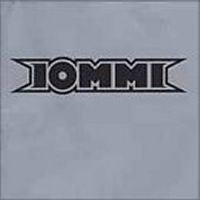 In one of the interviews found in Black Sabbath's reunion video The Last Supper, guitarist and founding member Tony Iommi discusses how the band has influenced so many of the new musicians working at the turn of the century. With his self-titled solo album debut, Iommi solidifies his claim by working with divers hands that range from Billy Idol and Smashing Pumpkins' Billy Corigan to Henry Rollins and Type O Negative's Peter Steele.

Although all 10 tracks vary in tone, lyrical style, and vocal delivery, Iommi's dirge-like riffs, heavy sustains, and heightened, almost mystical solos stamp each song with the traditional heavy metal signature. The most popular track to date has proved to be Goodbye Lament, which features vocalist Dave Grohl (Foo Fighters). However, the true standouts are Meat, which features Skin (Skunk Anansie), and Flame On, which features Ian Astbury's harsh yet hypnotic phrasing.

The album's gem is Who's Fooling Who, which features vocalist Ozzy Osbourne and drummer Bill Ward. This track is the type of music Black Sabbath should be doing - it far out-shadows Psycho Manand would have been a truly killer song had bassist Geezer Bulter contributed the low notes. From its opening bell and its heavy riff to Osbourne's dark delivery and haunting laughter, this track recalls the days when Sabbath was a true powerhouse of heavy metal.