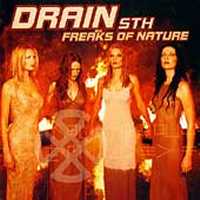 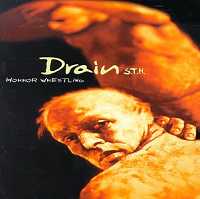 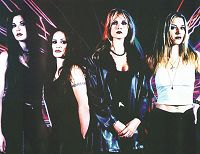 Drain STH was one of the most promising metal bands in recent memory. Four young women hailing from the land of the midnight sun put down set after blistering set across the globe from 1996 to 2000. If you were lucky enough to catch them live, then you know what I am talking about. Drain STH consisted of three wondrously talented Swedish women Maria Sjöholm (vocals), Martina Axén (drums), Anna Kjellberg (bass), and Spanish guitarist (born in Uruguay) Flavia Canel (guitar).

The band's formation occurred in Stockholm in 1993. After gigging around Sweden, Norway, Denmark, Germany and Finland, they signed to MVG Records in 1994. Recording on their first CD began in January 1995, and within a year both an EP, Serve The Shame, and an album, Horror Wrestling had been released including two singles, I Don't Mind and the utterly wicked Crack The Liar's Smile. In 1997, after much success in U.S, they released an acoustic version of Serve The Shame to much critical acclaim, and went on tour with Ozzfest. Drain then had to change their name to Drain STH due to a halfwit punk band in America that used the name Drain (STH stood for Stockholm). In 1998 they signed to major label Mercury and re-released Horror Wrestling with 15 songs included the new song, an excellent remake of Ace Of Spades the venerable classic from Motorhead. In June 1999, they released their second full-length album Freaks Of Nature and again toured on Ozzfest and all over the world. They also appeared in articles and an interview in many magazines including Rolling Stone in 1999 and 2000 thanks to yours truly.

The music was good - excellent in fact. Drain STH was taking hard rock music in a different direction. When Horror Wrestling was originally issued, Drain STH refused to release any promotional shots of the band for fear of being pigeonholed as a bunch of tarts making wank music like The Donnas or Vixen. (Does anybody remember Vixen?) Drain STH let the music speak for itself, and it screamed volumes. Only later, when the record was re-issued did the band allow photos of the quartet to be part of the packaging. They had proved that they could stand on their own.

The opening track on Horror Wrestling is the powerful I Don't Mind whose sound became the signature sound of Drain STH. Every song on Horror Wrestling is well written, cohesive and intense. There are hints that will remind you of Alice In Chains circa Facelift. But Drain STH quickly established a sound uniquely their own. Thunderous riffs on songs like Crucified and Klotera are direct in-your-face metal the way good metal should be. Powerful rhythms flow throughout this record; in fact all their music is seething with a swirling force of intensity most bands only fantasise about in their wet dreams.

In 1999, Drain STH released their sophomore effort, Freaks Of Nature, to much critical acclaim. A marked progression in Drain's song-writing skills was evident as was their interest in risk taking and experimentation. On Freaks Of Nature Drain STH experimented with their sound in regards to guitar tonality and musical styles; the incorporation of hip-hop beats in Simon Says added to their repertoire. One of the most powerful songs in Drain STH's catalogue is the song Black - and with good reason, the song was co-written with Tony Iommi. Its fade-from-black, spiralling intro and thrashing riffs is as intense of any song as you will find that still possesses melody. I really wish this band could have stuck it out. I think they may have rewritten the metal genre playbook. Only now, with a group like Nightwish is the torch of ingenuity being carried once more from the dark cauldron of creation.

Drain STH unfortunately broke up in early 2001. Maria married legendary Black Sabbath guitarist Tony Iommi; Flavia (read interview) has her new band, Blowsight, rocking Europe from their home base in Stockholm; Anna and Martina attempted to get their group, Superfix, off the ground in L.A., but that project has since dissolved.

If you like intense, melodic heavy metal and if you ever get the chance to purchase either or both of these CDs, do so, you won't regret it.