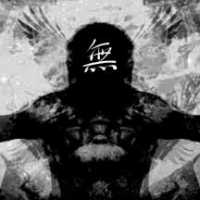 Arguably the most interesting American black metal band ever, Brown Jenkins unleash Death Obsession, a seven-track spinner that continues to push the boundaries of black metal into new vistas of sound without ever compromising their core combination of black and doom metal. Fans of H.P. Lovecraft will note that the band has acquired the moniker of the witch's familiar from the short story The Dreams In The Witch-House.

Death Obsession is a technical smorgasbord of epic proportions, with the duo of Umesh Amtey (vocals, guitar, and programming), and Demiurge (bass), creating a wall of sound sure to impress even the jaded. Demiurge's bass brings out some rollicking sounds, the low-end licks complemented by Amtey's groove-driven guitar rhythms. Demiurge tends to drive the bass into the ground, starting off with a series of quick riffs then breaking the sound down until it becomes seriously distorted. The same could be said of the guitar, which is groovy at the beginning of each song then slowly and painfully breaks up, leaving in its wake an aftertaste of sour dementia.

The band's only weakness remains the programmed percussion, although on this outing its mention is but a quibble, as the remaining instrumentation easily makes up for the limitation. Amtey's voice consists of a low-end howl that drips with fluid anger and pain.

Although each song clocks in at longer than eight minutes, lyrics are sparse. In past albums, Brown Jenkins were interested in Lovecraftian lyrics, but mastermind Amtey has moved away from such homage, instead focusing on more realistic depression, such as suicide (Lords Of Suicide), death (Lifetaker), and depression (Hopeless, Godlike). Still, Amtey retains an interest in cosmic horror (a constant them for Lovecraft), only he addresses the concept through the mundane and the humane.

Death Obsession blasts a breath of fresh air into the genre of black metal. For those into the scene, understand that Brown Jenkins remain one of a handful of bands that retains relevance and exudes creativity. For those outside the scene, this band represents an accessible sound that will leave you astounded. Brown Jenkins claim that this is their last album. They will be sorely missed.