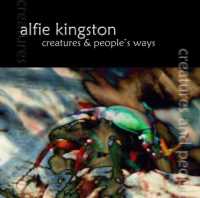 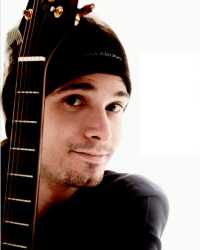 Alfie Kingston's debut sits on the boundary between pop and rock, folk and blues but never once sounds like it's unclear of its roots. This is clear, confident, smart music from a man (and his band) who looks set to make quite a name for himself.

Opening with the eastern tinged Speak A While, two things become clear straight away. Firstly, the production on the album is as clean and unobtrusive as possible, allowing the band to take centre stage and at the same time ensuring that they sound as good as they possibly can. Secondly, there's energy to the track, Kingston's impassioned, expressive voice driving the song along with a controlled urgency that never sounds like he's trying too hard. So Don't Disappear takes a slightly more laid back approach, replacing the rock of the first track with something a little calmer. It's Easy continues this trend, opening with just Kingston's acoustic guitar and voice and opening out into a bleak, subdued song with strong orchestral overtones.

Sometimes raises the tempo a little and to my mind, is one of the strongest tracks on the album. Revolving around a piano, Kingston's guitar, and lyrics which wryly observe how our priorities change dependant on what's going at the time, it's a humorous but affecting track reminiscent of the best Barenaked Ladies' material. Miracle Man slows things down again, whilst She's Scary sees a total departure in style. With its bouncy, echoing acoustics, and lyrics about the dangers of dealing with a particularly clingy partner, it's one of the most unusual, and best tracks on the album.

I Will Wait takes the album back to the acoustic side of things, with Kingston's voice and guitar very much to the fore. The style, including a string section and the impassioned lyrics are reminiscent of Big Country at their best and this is again, one of the strongest tracks on the album. Regard Me 14Days is another low-key track, almost melancholic in style, and this trend continues with The Distance and the final track This I'll Shame. All three see Kingston's guitar and soulful voice coming to the fore, combining lyrical intelligence and musical confidence with an old fashioned approach that works extremely well. This isn't entirely new ground, with both Big Country and Sting producing similar material, but it's done with absolute confidence and a dedication that marks this out as something genuinely impressive.

Creatures & People's Ways is an immensely impressive debut, showing a versatility of approach and an intelligence that only promises more in the future. Kingston and his band are dedicated, talented and clearly have a passion for what they do. Fans of rock, pop or folk deserve to hear this.