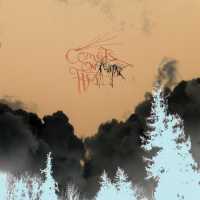 While Comets On Fire's last record Blue Cathedral was balls-out, adrenaline junky music, Avatar, very different. It is chalk full of moody, mid-tempo tunes such as the opening track Dogwood Rust, or Jaybird, and piano-based tracks abound. Some may shout the usual nonsense about selling out, blah-blah-blah. I call it developing songwriting skills and proper musical progression. Not everything can or should be sonic aggression, all the time. The song Swallow's Eye is a mostly instrumental interlude that sets the listener up for the aural barrage that is Holy Teeth, a burst of Cali-punk-metal white noise.

Comets On Fire released their first record on Jello Biafra's label, Alternative Tentacles and they have been progressing as a quality band ever since. Avatar may just be a more mellow blip on a path of psychedelic noise jams, considering the Comets past catalogue. Previous records like Field Recordings From The Sun and Blue Cathedral were filled with monster guitar throttling odes that fell prostrate on the altars of Sonic Youth, Monstermagnet and the Butthole Surfers. Yet echoes of Jimi Hendrix and the obscure, but legendary band Monoshock can be found throughout the all Comets Of Fire records.

For all the above references and name dropping that I've done, please don't get the opinion that Comets On Fire are just derivative - far from it. Avatar is a very creative, fluid record that possesses extraordinary jamming and jazz influenced songs. I highly recommend this record to anyone who enjoys good rock music, be it hard rock, jam, noise, retro, or whatever adjective you wish to place here. According to the band, "we do not drink with the tongue of irony, we fuck with the cock of rock 'n' roll." I think that is all that needs to be said.