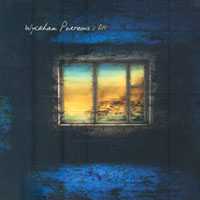 We all know the story, how Paul McCartney intended Please Please Me as a maudlin Roy Orbison-inspired ballad, but how George Martin thought differently. He got them to speed it up, and then speed it up some more, until it became the catchy spring-loaded pop-anthem we know today.

What Victoria DC-born singer-songwriter Wyckham Porteous does here is rewind the tape. Slow it back down to the original ‘Orbisong’ blueprint, his rasping drawl emphasised by the melancholy whine of John Ellis’ pedal steel, with the resonance of Steven Drake’s sitar to reference a later Beatles phase. And it works remarkably well, so well that it grabbed immediate listener-response when Bob Harris gave it a spin on Radio Two.

Oddly so, because this is the same Wyckham who once said “it’s easier for me to create than to copy” by way of explaining his early aversion to covers. In fact, he’s been around awhile with an already impressive rap-sheet of original songs, think Sex-And-Drinking (2001), and the original 3 A.M. on Looking For Ground (1996), produced by Austin-based Jimmy LaFave for the Bohemia Beat label.

Yet each stand-out cover here is matched to original songs that shift around, nudging and colliding with each other like atoms in some diverse molecular structure. Songs awash with out-of-sync time-shifted narratives – “it’s 3AM by your clock, and it’s midnight by mine” which, in the hands of lesser lyricists might sound indulgent and angsty, a tone that starts from the opening words – “if you look around tonight, you see the world is not alright,” augmented by Angela Harris’ background voice and Ellis’ banjo.

And after a while, just when you feel his pained vocals might start to grate, he pulls out a new take on Springsteen’s Hungry Heart, or Ben E. King’s Spanish Harlem that sends you back to admire the lyric-sheet afresh. It’s difficult not to draw analogies – Deep In The Water has an early Cat Stevens-ish Father And Son feel to it, the stand-out Ancient Highway is a Kerouac narrative come adrift from Blood On The Tracks (Shelter From The Storm perhaps?), and the compelling Young Man Walkingis ripped from the Leonard Cohen songbook.

But, like he sings it, “there is truth in contradiction,” and his battered alt country croon draws those well-worn roads together into thematic unity. Working towards this end there’s Immediate-veteran Andrew Loog Oldham out-back of the production desk, although he’s ditched the London ‘wall of sound’ that was once his specialty, in favour of a stripped-down predominantly acoustic set-up, 39:17 minutes laid down virtually live in three December days, with sympathetic additions input by a pool of well-honed musicians. We all know these stories, but a great tale is worth re-telling…